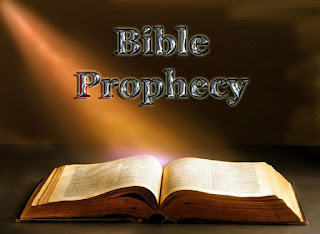 How important to our over-all faith is having a good understanding of Bible prophecy?
In these last days,  it is more important that ever.
The very first generation of Christians were already being corrupted from the simplicity of Christ,  and the apostle Paul wrote to them (and to us) about it. He feared they were turning to another gospel which presented another Jesus.
Well, hold onto your hats folks, because Christians today are defecting from the simplicity of Christ in droves. And true to form, when this begins to happen, the first things to go are biblical faith concerning the Harpazo (the Rapture) and the Second Coming of Christ. Interest in the subject of Bible Prophecy in general, is being discouraged by pastors.
One well-known pastor, teaches that the Rapture happens over a period of time, in an extended process, rather than the sudden event described in 1 Thessalonians 4:16-17.  Whether one believes in a pre, mid or post tribulational Rapture, this teaching on the subject is a unique deviation from any school of thought--anywhere--concerning the event and cannot be substantiated in scripture.
This writer was personally present when another well-known pastor insulted the traditional Bible-believers sitting in his congregation by telling them that their eschatology was getting in the way of their faith.
What he was really saying was, that a solid understanding of Bible Prophecy is good protection against the deception being foisted on Christians by false teachers.
Add to these major shifts away from a traditional, literal, belief in what the Bible teaches concerning the Resurrection/Rapture and the Second Coming of Christ, and what we end up with are professing Christians that in many cases exhibit a generalized lack of interest in the subject Bible Prophecy [and in Bible reading and study altogether]--other than to ridicule those who do take it seriously.
Yet another well-known professing Christian leader, wrote in his heretical book, that although he had plenty of scripture to back up what he was writing, he was not going to use very much in his book. He said he did this because he wanted the reader to "commune with the spirit" for confirmation of the truth of what he had written--not just read a bunch of "facts."
He undermined the written Word of God--the Bible--by reducing it to just "a bunch of facts." He elevated subjective spiritual experiences above the factual truth of the Bible. In his writing, this author affirmed the importance to our over-all faith of having a correct understanding of Bible prophecy, then proceeded to ridicule the doctrine of the Rapture (1 Thessalonians 4:16-17) by calling it a ruse of the enemy designed to implant a retreat mentality.
He did this because the basic premise of what he teaches is based primarily on a school of thought which corrupts and spiritualizes Bible teaching concerning:
Therefore, it is necessary for this man to minimize the importance of depending upon the written Word of God for illumination and understanding. He discourages any serious study of Bible prophecy.
In his efforts to undermine the acquisition of sound doctrine concerning Biblical prophecy, this author wrote that God is not interested in "impressing us with his ability to foretell the future." That statement is blatantly untrue and diabolically opposed to the what is written in the Bible, where God tells us it is exactly that ability, that we can look to and depend on, for proof that our God is indeed the only true God, and that his Written Word is indeed the only "standard" by which we can measure what, and what is not... Truth (Isaiah 48:3-5).

The book, Redemption: Bible Prophecy Simplified, presents us with a panoramic and chronological overview of God's plan of redemption for our souls, bodies, and this earth as revealed in scripture. The day The Towers Fell was prophesied in the Bible. The basket of currency connected with the Euro is found in the Bible. Details concerning the Rapture, The Great Tribulation, and the first 1000 years of Christ’s reign on earth are looked at from the unique perspective of the seven prophetic feasts of the Lord found in the book of Exodus. Bible Prophecy Simplified is simple enough for beginning prophecy students, but there is plenty to intrigue intermediate and advanced students as well. The Bible reveals methods the antichrist will use in his rise to power and the location of his home base. 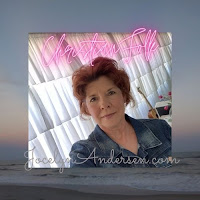 To receive an announcement from Amazon whenever a new book is released by Jocelyn Andersen, subscribe to Her Amazon author's page.

Jocelyn Andersen
Jocelyn Andersen is an eclectic Christian writer and versatile speaker. She is a book publisher and Bible teacher who writes and speaks on a variety of subjects including Bible prophecy and equality of the sexes. She is best known for her advocacy in domestic violence awareness. Her book, "Woman Submit! Christians & Domestic Violence," is a staple in the library of resources on that subject. Jocelyn was a religion-page reporter for the Chatsworth Times and the Orlando women’s issues columnist for the former news website, examiner.com. To date, she has written over 1000 articles and blog posts on a variety of subjects. Her articles have been published in the United States and abroad.

I am sorry but there is no scripture supporting a pre trib rapture.. the bible very clearly says that it happens at the last trumpet. That the return of christ is one and the same event... Mike bickle says the same thing.. not an extended period of time as you quote... there is plenty scripture to support his conclusions... seriously... peace to you

Stephanie, you dear, sweet IHOPper,
Peace to YOU, sister!
And I'll bet Mike Bickle has told you about how biblical contemplative prayer is!

Why do "teachers" cite the obscure and ignore the plain? Rev. 20:4-5 says the ONLY dead to return with Christ are the martyred, and the the rest of the dead were not raised until the thousand years were ended. -- Thus the rapture is at the end of the age, not at the tribulation.

The word rapture is not in the word of God.
In the twinklng of an eye we that are here in the spirit will meet him . In the air... breath of life.
When he appears at the ""seventh Trump" not the sixth . Antichrist... Lucifer..comes first..bringing Peace. 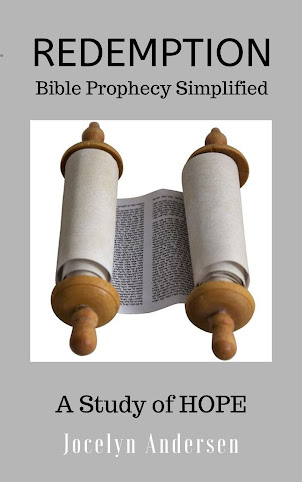 When God's great redemption is understood, Bible Prophecy is neither complicated nor mysterious